3. How energy, distance, and time predict decision making in locomotion
Humans naturally select several parameters within a gait that correspond with minimizing metabolic cost. Much less is understood about the role of metabolic cost in selecting between gaits. I am curious on how individuals decide between walking and running when moving about their environment. Walking is a great way to minimize total energy expenditure, but comes with a high cost of time. The opposite is true for running. We have evidence to suggest humans consider not just one of these movement cost, but instead a weighted combination, with these relative contributions varying across participants.

I am currently a member of the Neuromechanics Laboratory in the Department of Integrative Physiology at the University of Colorado-Boulder. Our group investigates how naturalistic movement preferences manifest from an optimization of costs and benefits. More specifically, we are curious how different weightings of these costs and benefits could help explain movement variability both within and across populations. We are headed by the brilliant scientist Dr. Alaa Ahmed and share space and ideas with two other wonderful laboratories, the applied biomechanics laboratory [link], directed by Dr. Alena Grabowski and the locomotion laboratory [link], directed by Dr. Rodger Kram. 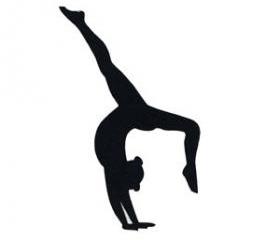 Ski touring requires using special equipment to ascend snow covered slopes of varying heights and distances. Traditional hiking paths are covered in the snowy seasons, forcing a ski mountaineer to set a new trail that will safely and efficiently get them to the summit. The best strategy requires weighing the relative costs of distance and angle. If the ascent is low angle, most skiers will climb straight up, sacrificing increased angle for decreased distance. As the pitch of the mountain increases, skiers must employ switch-backs, accruing increased distances for decreased climbing angles. Using a high angle treadmill we are curious to find if there is an energetically optimal angle to ascend mountains when ski mountaineering.

5. Effect of healthy aging on our sensitivity to effort and reward

As mentioned above, the vigor with which we move depends on both the opportunity for reward and the effort required to obtain reward. As we age, movement vigor decreases. I am interested in exploring whether this reduction is due to a reduced sensitivity to reward, increased sensitivity to effort, or both. 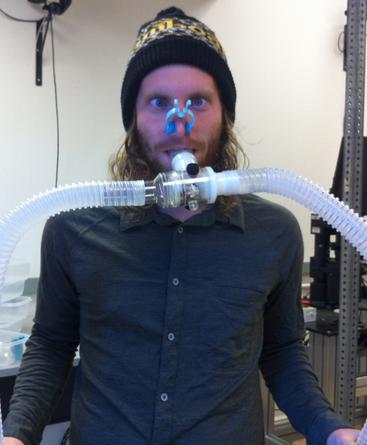 Gait and balance related symptoms are some of the earliest contributors to functional decline for individuals with Parkinson Disease (PD). While there is a wealth of knowledge tying the development of these symptoms to the progression of PD, we surprisingly lack an understanding of whether using non-pharmacological treatments to directly treat these symptoms could lead to therapeutic outcomes. Along with Dr. Wouter Hoogkamer,  I am curious to explore whether the use of a variable stiffness split-belt treadmill could treat gait asymmetry. If we assume that individuals are driven by the goal of minimizing effort, then by either decreasing the effort of the affected limb or increasing the effort of the unaffected limb, we hope that individuals will alter their gait preferences, with these adaptations leading to a more symmetrical gait. Our goal is that a direct treatment of these symptoms will allow individuals with PD to live a more independent lifestyle, ultimately leading to a decline in the progression of this debilitating diagnosis.

Vigor is a latent variable used to describe the naturalistic behavior (i.e. speed, duration, reaction time) of how a movement is executed. The field of computational motor control has traditionally predicted vigor through minimizing implicit costs, mainly effort and variability. However, more recent findings suggest that optimal movement vigor dependents on more than just implicit costs, but also the reward associated with the movement's outcome. While we know reward increases vigor, we still have a poor understanding of the process of which this takes place. Our lab is working on measuring the process of how we alter our movements in response to the introduction of reward. Specifically we are striving to understand how long do these effects last, which aspects of the movement are affected, and whether effects of reward generalize to concurrent non-rewarded movements.

1. Measuring the subjective value of effort in movement decision making

In behavioral economics, costs can be subjectively distorted and these distortions can lead to "irrational" decision making. Classic examples of these distortions in a financial context include loss aversion and diminishing utility theory. It is currently unknown if subjective distortions observed in financial decisions are also present in making movement decisions. My work focuses on developing methods of quantifying objective measures of effort and to test if this cost is subjectively distorted when making movement decisions. Through the use of indirect calorimetry, we've developed methods to quantify effort by measuring the metabolic energy required to perform reaching movements. Our preliminary findings suggest that the magnitude of an individual's subjective distortion of effort correlates with their naturalistic movement speeds.